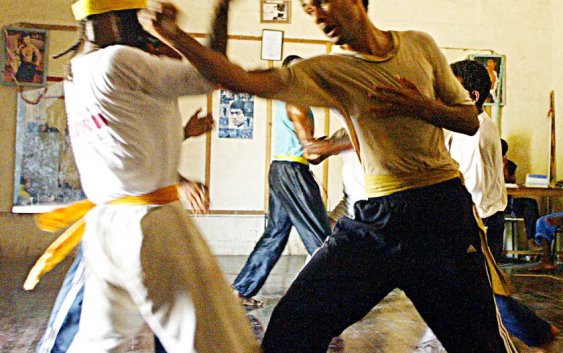 With a deep breath he began his routine, his wrinkled hands slicing through the air as his feet moved with the swiftness gained from years of practice.
His techniques, crisp but flowing as he shifted from one form to another, each with their own emphasis and meaning.
It has been years since students attended a proper Shaolin Kung Fu class in Papua New Guinea.
Many wonder if it exists anymore in the country.
With the only master in the art and his only remaining senior student, Steven Ngandang Sifu could be the last master and his student, Andrew Molen, the last Shaolin Kung Fu fighter for PNG.
However, there is still great interest from the community to learn the art and the school is embarking on resuming its lessons for 2016 beginning with new intakes.
Shaolin Kung Fu is a martial art style from China that is considered to be the mother of all other martial arts.
This particular style is from the Shaolin temple in China and was brought to PNG in the early 1980’s by Chinese masters of the art.
Though a popular style through its cinematic influence by Chinese stars such as Bruce Lee, Jackie Chan, Jet Li and Donnie Yen, it has struggled with its development and expansion in PNG.
The art’s aging master, Sifu Steven is concerned that there are no other Shaolin Kung Fu schools around to spread the philosophy and knowledge of the ancient Chinese art and long after he is gone, Shaolin Kung Fu might die out in PNG.
“I have trained many senior students hoping that they would go out and start their own schools but so far I have not heard anything like that,” Ngandang said.
Being the custodian for Shaolin Kung Fu in PNG, Ngandang is also concerned about people who call themselves ‘Sifu’ (teacher) and claim to teach the art.
“I know there are other Kung Fu styles like Wing Chun and Choy Li Fut Kung Fu in PNG but for Shaolin Kung Fu, it has always been me.
“It’s quite worrying to hear people say that they practice Shaolin Kung Fu but only know one technique or form, that is not the complete Kung Fu.
“Unless they learned it from me or another master in the art, they can mislead people with the wrong techniques and philosophies,” the Sifu said.
Ngandang has practiced the art over the last 32 years and is proud of his achievement.
“Kung Fu has taught me many things.
“I learned to be confident, to be fit and healthy, to respect and care for myself and other people, to take care of my environment, to be honest, to be patient and understanding, to be strong physically, mentally and spiritually, to be free of any bad habits and to be disciplined and have more control in my life.
“And there were times when the techniques I learned saved my life and the life of others too.
“It also enhanced my skills and agility in other sports or activities that I was involved in,” he said.
Ngandang also makes a point that despite his age, he is still going with each move fresh in his head.
The Shaolin Kung Fu school used to be based at the former Colts oval behind the newly built National Football Stadium (formerly Lloyd Robson oval or ‘PRL’) at East Boroko in Port Moresby.
It was there that a young Steven Ngandang entered the school’s doors in 1983 and has never looked back.
“My Sifu was Master Han Togo, he was from Shanghai and taught us the art of Kung Fu.
“He specialised in teaching us Luohan Kung Fu, a style in the Shaolin syllabus,” Ngandang said.
Another master, Jin Miaw Wu, visited the school in the 1990’s after Master Han returned to China, and introduced the “Wushu” Kung Fu style which was the modern sport version of the traditional Kung Fu styles such as Luohan and others.
Ngandang said Master Jin only stayed for two years so he had to work hard to learn as much as he could from him.
“I spent a lot of my personal time and resources to learn from these masters.
“I would go train with them at their house, at the school or by myself back at home,” he said.
The commitment paid off as Ngandang was awarded the recognition as a senior student and eventually, instructor.
Apart from Kung Fu, Ngandang was also taught Tai Chi, another Chinese art which has combat applications but is mainly practiced for health benefits.
The Chinese masters returned to China in the mid 90’s but their Kung Fu stayed.
Through Ngandang and fellow instructor, Ben Wape, their teachings remained and spread to the other students who joined later.
Wape stopped practicing later but Ngandang did not and has since seen promising students pass through the same doors over the years.
Among them is former Member of Parliament and Police Commissioner, the late Paul Tohian and former World Kickboxing Champion, Stanley Nandex.
“Both men also had their backgrounds in other arts but once upon a time they trained Kung Fu under me,” Ngandang said.
END. //
at 9:27:00 AM 1 comment: 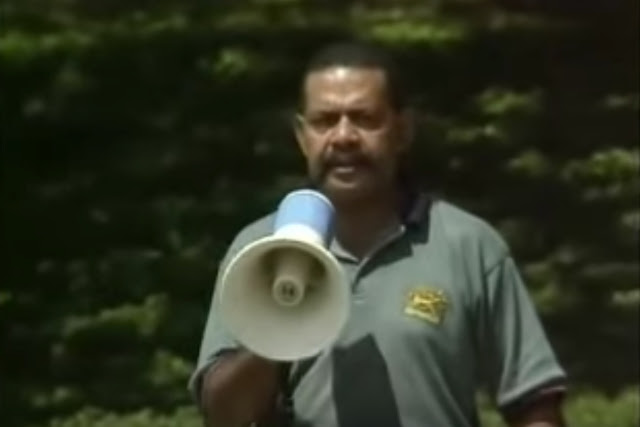 Former PNG Defence Force Commander, retired Major General, Jerry Singirok, has come out public saying recommendation for a callout by the PNG Defence Force to quell unrests in the country is premature.
The Bougainville veteran who led the operation in 1997 to expel foreign mercenaries from Papua New Guinea believes all avenues to find a resolution have not been exhausted and the Defence force option should be the very last.
Major General Singirok’s statement comes after the National Security Advisory Council recommended a possible call out if necessary.
"The reality is that the problems at the University of Goroka, UPNG and Unitech have already been localised. I believe that there is no need for a callout.
"It also raises a serious trend, because the government has not fully exhausted other means including calling on civil society."
In 1997, protests erupted following a government decision to bring in foreign mercenaries to end the Bougainville War. Singirok then called on the Prime Minister, Sir Julius Chan, to step aside.
In previous statements, Major General Singirok has called for dialogue. Citing experiences of Bougainville as lessons that should be taken to heart to avoid military interventions in the early days of civilian uprisings.
Singirok is perhaps one most important authorities on civil unrest, internal security and military intervention in Papua New Guinea.
Today he issued another warning that the closure of the University of Technology and the suspension of classes at UPNG has put more than 5,000 educated Papua New Guineans out of school. Saying that itself is an ingredient for an internal security threat.
"The students have gone back to their provinces and they are there doing nothing.
"They are spreading their views and educating the public on what’s happening at the political and strategic level of government."

Email ThisBlogThis!Share to TwitterShare to FacebookShare to Pinterest
Labels: PNGDF

WHAT KARATE CAN OFFER FOR YOUNG PAPUA NEW GUINEANS